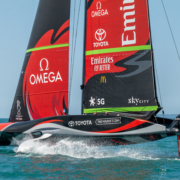 CONTOUR ENGINEERING – ON “THE MISSION”

Christchurch company Contour Engineering is one of Emirates Team New Zealand’s Official Suppliers, but relatively new to the crew.

“When people ask me what we do and I say CNC machining, absolutely no one knows what that is, so we’re very proud to say we make parts for Emirates Team New Zealand.  For us to be a smaller company but part of something bigger, and a part of history, is massive. We feel real pride.”

In 12 years, Contour has gone from one to eight CNC machines and employs 14 staff. They’ve recently started moving into composite 3-D printing in carbon fibre, Kevlar and fibreglass.

“It’s been exciting working with Emirates Team New Zealand because they’re so innovative and push boundaries and they’re willing to try new things. Obviously weight is really important to them, so they’re exploring replacing traditional parts with 3D printed parts which are still strong but significantly lighter.

On the CNC side, we make high-tech components for the race boats. These range from small hand sized parts to larger parts made of titanium, stainless steel, and plastics. Generally they’re the most technical, tricky parts to make. I always say send me the ones no one else can make and we’ll get it done.”

Auret says trust is vital to the relationship.

“They trust us to make their high-tech parts and not disclose them to anyone, and they also trust us to get it right and get it to them on time as well. They wouldn’t be working with us otherwise. In their industry with their time frames, they can’t be let down.”

And yet Auret says the team is refreshingly normal.

Joe, Nick, and Simon at the Contour Engineering’s staff and client social day in Christchurch in June 2019

“A few of the guys came down for a client and staff event we had here at Contour and that really energised staff and connected them with the mission. It made these guys real. They’re actually really down to earth. While they were here I got a chance to show them around the workshop to see how we work. They’re the guys using the gear at the end of the day so it was good for them to be able to have a look around and see how their parts are made.”

Auret says working with Emirates Team New Zealand has been good for business.

“We’ve actually had a few calls from other companies around the world who have recognised that we work with Emirates Team New Zealand and are interested. It certainly validates the relationship.”

He believes the America’s Cup is also good for the country, lifting New Zealand’s profile across lots of industry sectors, not just marine or sporting, but also tourism, engineering and manufacturing.

“It’s way beyond just super yachts. There’s a real trickle-down effect and we’re certainly experiencing that in our industry. I also think it breeds innovation. We’re working with another company right now that’s working on real-time automated species recognition for the fishing industry. You have enough of these stories going on and you get a cluster effect and I think that’s what Emirates Team New Zealand brings. It helps showcase New Zealand as credible innovators and competitors on the world stage.”

And Contour is proud to be representing the South Island.

“For Emirates Team New Zealand to spread the work around the country is great. I don’t know if it’s deliberate or not. I’d like to think they just come for the best!”

Although Auret says he’s more of a jet boat man himself, he’ll be there with sails on for the big show in March, along with the Contour team superfans. 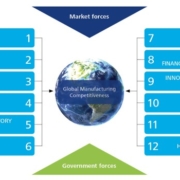 We work with some of the most innovative companies in New Zealand. This, of course, demands highly competitive manufacturing capabilities to realise the potential and opportunities for our clients. In order for us to succeed in the rapidly evolving global manufacturing landscape, we embrace a targeted approach to some of the key elements of manufacturing competitiveness in our quest to deliver our brand promise of “On Time with Zero Defects”.

In our previous blog, we talked about the role manufacturing plays in the value chain. But how do we as a company ensure we do not break the value chain? 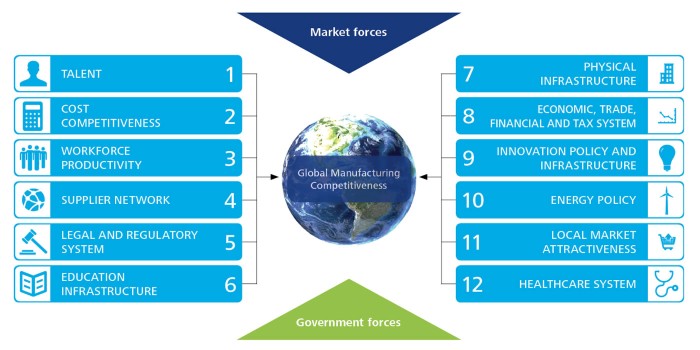 As talent is ranked as the most important driver of competitiveness by executives around the world, the competition among nations and companies is, as expected fierce. Contour Engineering’s brand promise is only possible if we continue in our relentless drive to find and employ the best talent. Some of our learnings over the last few years:

Do you need your products manufactured On Time with Zero Defects?

We employ the best engineering talent to ensure we, and our customers can remain competitive in a constantly evolving economy.

Contact us today to see what we can do for you. 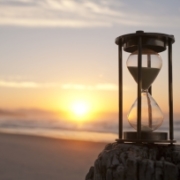 “Glass, China, and Reputation, are easily cracked, and never well mended,” legendary US inventor and thinker Benjamin Franklin, once said.

To us at Contour Engineering, this concept of reputation is at the heart of building a high-performing precision manufacturing culture. It’s something that should be at the heart of any Kiwi manufacturer wanting to be world class.

How you and your business conduct themselves is what your reputation is built on. Focusing your entire business on the customer, from the conversations held within the workshop, right through to the solutions you offer, is key to ensuring a strong reputation. A good way to achieve this focus is building a culture that observes the ‘golden rule’ i.e. “do unto others as they would do to you.”………..

That means everyone, from shopfloor to front office, treats the customer (and in some cases their customers) in the same way they would like to be treated.

Achieving this sort of culture is not easy and takes regular and consistent communication, discipline and structure around the way the business operates.

For New Zealand manufacturers, there are two sides to this coin. The first is to build a reputation such that you can attract premium pricing for your products in your market, as Contour Engineering’s customers like Shotover Camera Systems or Enztec have achieved. The other side is finding suppliers whom you can trust to deliver what you want, on time, and at a high quality.

Achieving a great reputation and becoming the preferred option for customers requires manufacturers to implement the golden rule throughout their organisation. Deadlines need to be met, and the equipment needs to be exactly as described. Being near the top means that there are high expectations of you and any deviation from that will have people second guessing if they can rely on you. As Franklin says, reputation is easily broken and hard to repair so every action counts.

Which is why it is so important to find suppliers who can make sure you can deliver to these expectations. As your customers expect the best from you, so should you expect the same from your suppliers. If there are delays in getting parts to you, or if there are faults and errors, this can throw off your timelines and getting your orders away. You need to be able to rely on the goods being on time, and with zero defects.

Having the golden rule for yourself and your suppliers make for a more efficient workplace where solutions are delivered faster and on budget. It also produces better results for the customer who in turn are more satisfied with the engagement, producing more repeat business and word of mouth spread. 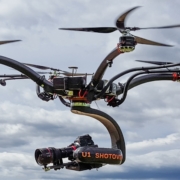 THE PROMISE: ‘On time Zero defects’. In the field of precision engineering and hi-tech manufacturing, there are many out there that are easily able to say the words, ‘on time with zero defects’; fewer follow through. Those that dare to utter such phrases deliver – such as is the case of Christchurch-based Contour Engineering – or are quickly found out.

The challenge, according to company owner Roland Auret is not just adhering to the aforementioned, but doing it while simultaneously providing professional customer service.

To Mr Auret and the rest of the Contour team, delivering the ‘On time Zero defects’ promise is the result, the rest is an absolutely necessary process requiring the whole team to be ‘A-players’ and to live and breathe the company’s core values every day.